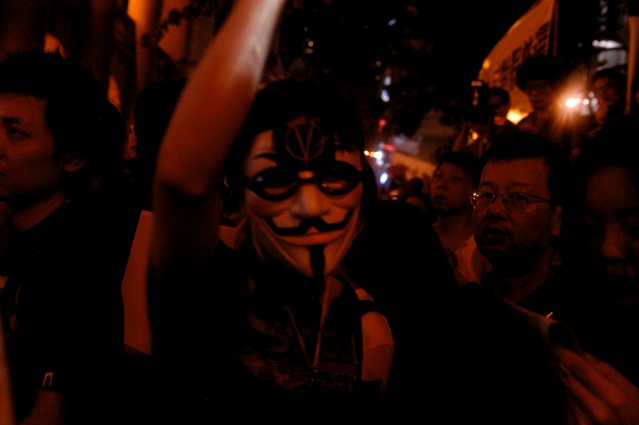 Protester Wearing "V for Vendetta" Mask - was excited to see these as it's one of my favorite movies.

Hong Kong is a fascinating place. While on the one hand, it is a very global city (One of its mottoes is actually “Asia’s World City”), on the other it feels very insular to me. I buy the South China Morning Post everyday and try to keep up on the news as part of my program. Then I walk past the Legislative Council (LegCo) on my way to work and see the very protests about democracy legislation that the paper covering. The debates regarding the legislation were happening on Wednesday and Thursday. As LegCo it is only a few blocks from where I work, I was lucky enough to be able to check out the protests on a few occasions throughout the day. (See previous post regarding running around taking pictures in torrential rain.) I was planning on trying to document the protest some more on Thursday, but unfortunately I stayed home due to swollen glands – the pictures I did get on Wednesday are pretty subpar given my camera’s temperamental behavior as of late.

I can’t stop thinking about how the protest went down, as there were two different “sides”. The two camps were pro-government (or “pro-ourselves” as one interviewee claimed) and pro-democracy and subsequently, there were two different “protests” on either side of LegCo. At first it was really confusing listening to what sounded like a celebration, as well what was a much more organized portion of people, but I was given a run down later in the day and it made a lot more sense. 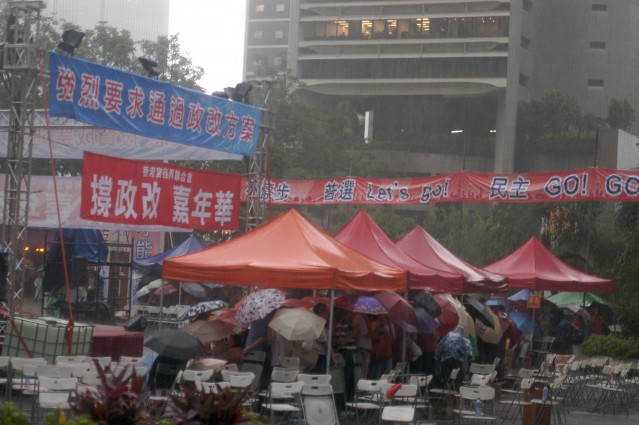 The pro-government rally was cordoned off and you could only get in if you had special documentation. It was an area full of tents and seating, with a large stage for speeches and such. People were being bused in to attend. When the torrential rains came down they were a lot more comfortable than the other camp…. 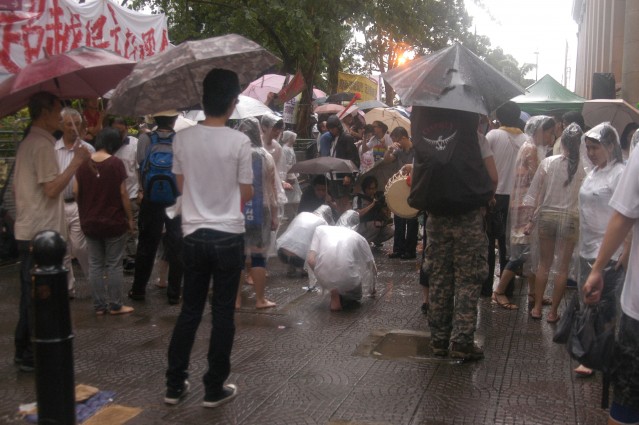 Donald Tsang, the Chief Executive of Hong Kong, also came through the Pro-Government crowd and ending up speaking to them at some point. As the legislation eventually passed 46-13, he proclaimed it a “triumph.” I believe that’s his face on the “Devil” shirt below: 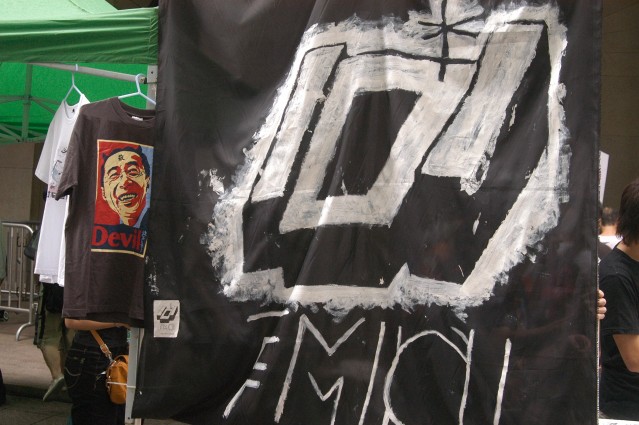 The pro-democracy rally was on the other side of the building. Anyone could access it and there was no seating or tents. Lots of handmade banners as opposed to the slick pro-government banners. When it rained, they were out in the open, save for their own umbrellas and such.

I think in the States the government openly (The word I should probably be using is blatantly, as I’m sure there are lots of examples one could come up with that may be working with the same sort of mechanism.) supporting a certain camp of protesters would be viewed as an anathema, and I wonder what people here think of it. 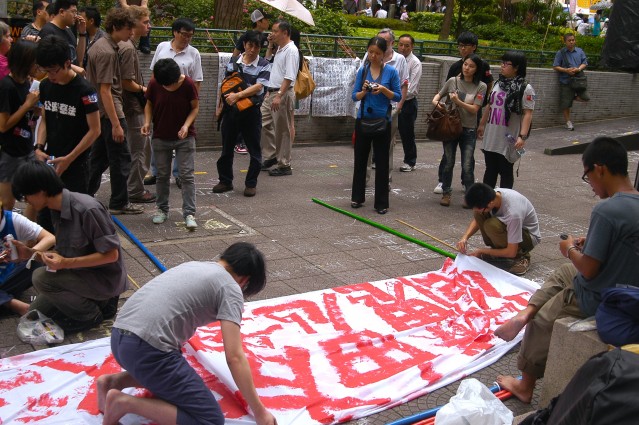 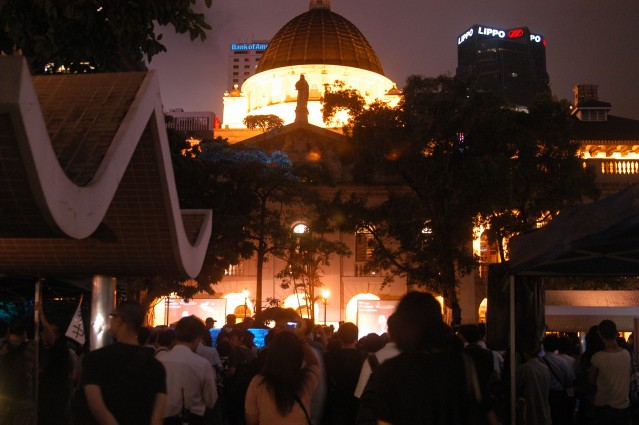 LegCo from the Pro-Democracy side.