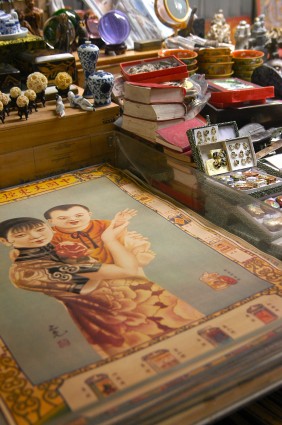 A shopkeeper's stall on Upper Lascar Row. Note the stack of worn Little Red Books in the corner.

This is the kind of entry I was sort of dreading writing, but I hope this travelogue account is actually interesting. This post is 1 of 2 concerning my exploration of the neighborhood of Sheun Wan.

Today I decided to “trawl” (As the guide book says, love that word.) through Sheun Wan’s backstreet antique markets on Upper Lascar Row – aka Cat Street. Most of the bigger, more popular markets in Hong Kong cater to tourists with mountains of cheap, reproduced Asian goods. This is incredibly disappointing to me, as I love Asian religious and mythological art and statuary and hate to see it commercialized in such a way. Exploring Sheun Wan was just the thing I needed as an antidote. 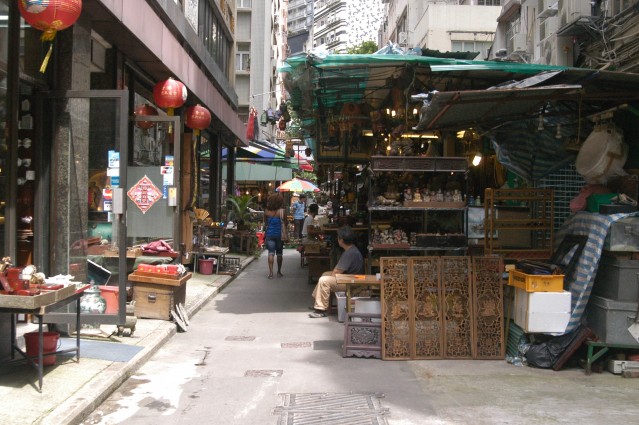 A portion of Upper Lascar Row aka 'Cat Street' 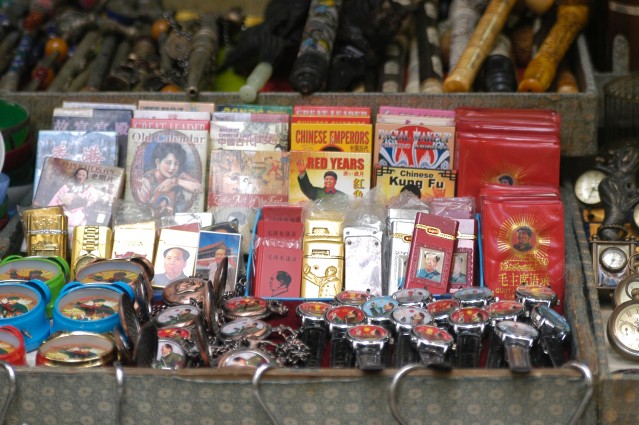 Mao watches and other assorted crap.

One of the most interesting things to me was how so many of the stalls have stacks of Mao’s Little Red Book. There are also a lot of kitschy, Mao themed goods. (Perhaps I’m missing something cultural here, but that seems to me like a great disrespect to the millions who died in the Cultural Revolution.) I wasn’t paying much attention to the Red Books until I encountered a stall with a careworn first edition of the Little Red Book in English. It had the owner’s name in it and everything – I was so excited – an actual piece of history!!! Something to add to my growing collection of memoirs by people who lived through the cultural revolution! (Unlike the majority of my books, I have actually read all of these.) 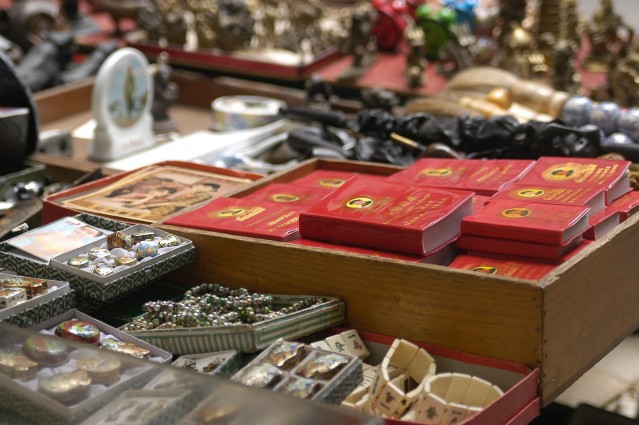 It seems the shopkeeper and I both missed each other by a mile in our assumptions. I figured it would be priced cheaply, as to the untrained eye it would look like a dusty, old, rather unremarkable book (completely forgetting I wasn’t in an area that is as geared towards tourists). He didn’t seem to understand why I would want such a thing, pointing to the mass produced one and saying I would want it more because “this one is new.” In the end, we both laughed over the fact that $1250 HKD (approximately $140 USD) was way out of my price range and I purchased the new Little Red Book for $40 HKD ($6ish USD).

Regardless, the find made my day and the mistaken assumptions amused me greatly. And now I have a Little Red Book to reference alongside the cultural revolution memoirs I read. 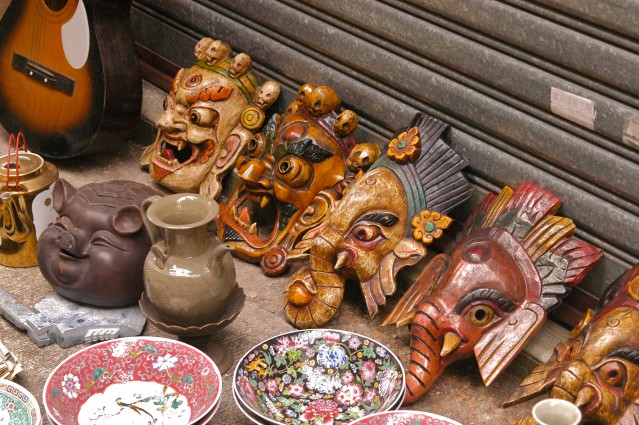 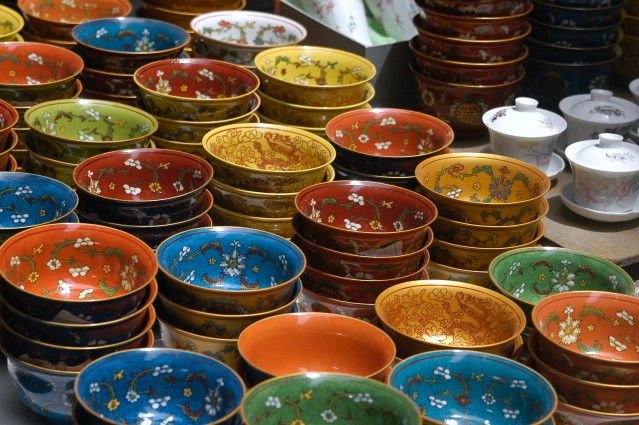